It’s almost a year since anti-capitalist protestors, intending to set up camp in front of the London Stock Exchange in Paternoster Square under the banner of Occupy LSX, were ejected from the square and parked themselves instead in front of St Paul’s Cathedral. The result was one of the starting points for this film: a highly public debate about capitalism and the Church.

But there was also another power acting in the shadows to eventually eject the Occupiers – the City of London Corporation. An ancient body which dates back before William the Conqueror, before there was a parliament in Westminster, which zealously guards its autonomy and privileges to this day.

This is the subject of Secret City: a state within a state, with deleterious effects on democracy, politics and economics in London, the country, and the world, for the City is joint headquarters with Wall Street of global finance capital. In short, ‘Secret City’ isn’t just a film for Londoners – especially in these times of crisis, the role of the City concerns everyone everywhere. 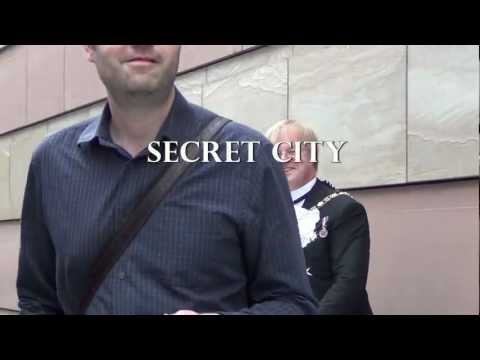 ‘Secret City‘ is a minimal budget film by Michael Chanan and Lee Salter, supported by the University of Roehampton. We tell the story though interviews with politicians, academics, writers, activists and campaigners, counterpointed with unfamiliar archive footage and a musical score by Simon Zagorski-Thomas taken from the nursery rhyme ‘Oranges and Lemons’.