The death in Buenos Aires of Argentine filmmaker and theorist Octavio Getino was reported on the same day as that of the historian Eric Hobsbawm in London. Worlds apart and different spheres of activity, perhaps, but both contributed in major ways to the broad current of independent and international critical culture that grew up after 1968, even though Hobsbawm remained a Communist and Getino was always a Peronist.

For myself, I was lucky to have interviewed both of them on camera, Getino in 1982, and Hobsbawm more recently, in 2007. Hobsbawm was generous in contributing to a film I made about a relative of mine, whom he’d known (The American Who Electrified Russia)—which makes it difficult to extract. Getino we filmed in Mexico, for a documentary on the New Latin American Cinema for Channel Four (in its early days, when it was really innovatory and progressive). He explained for us the concept of Third Cinema, which he launched with Fernando Solanas in 1969, in an essay based on their experience making the extraordinary piece of political cinema that goes under the name La hora de los hornos – Hour of the Furnaces. Here by way of tribute is that interview. 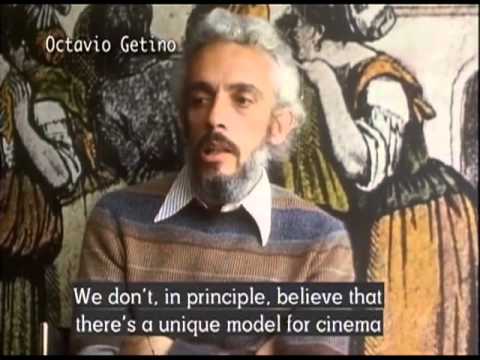 One Response to A double loss