One of the interviewees in Interrupted Memory (Memoria interrumpida) (Michael Chanan, 2013, 116mns) recalls being detained in the 1976 coup in Argentina. She was beaten and raped. She began, defensively, to play a role. ‘Me, I know nothing about politics. I’m just a girl, I’m 17.’ Her captors let her go with a warning, ‘You don’t leave this place twice. Behave properly, don’t say anything.’ She was so traumatized that she went on playing the role of the naïve girl for years. Real life was suspended.

Michael Chanan’s film charts not just the public history of recent political violence in Chile and Argentina, but also the intimate and inner damage it has wreaked.

Free entry. To attend this event please RSVP: www.eventbrite.co.uk/e/bisr-guilt-screening-tickets-14629456097 or just turn up! 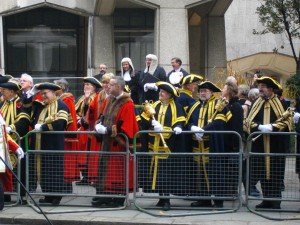 The financial crisis following the banking collapse in 2008, has been a purely man-made phenomenon, an unsurprising result of the suicidal economics of short-term, casino economics of the international financial sector, and its capital, the City of London. The link between production and ’wealth creation’ has been shattered by the financialisation of international capital, hence creating a market detached from economic realities. This has led to the deepest financial crisis in our lifetime, with hundreds of millions all over the world suffering, and having to pay the cost of the reckless financial market. In its wake, ten of thousands have ransacked London shops, taking a bottle and running.

Have we learnt anything from these events? Have we changed society to take account of the two related disasters? Are we now immune from a further crash? What is the price being paid for the last crash, and who is paying it? Are further riots likely, or will society take political action instead to efficiently transform the financial sector? Is this a crisis of financial capital, or of capitalism?

Instead of dealing with the banks and financial institutions of Capitalism which have brought about this latest crisis, the UK Coalition government has launched a massive attack on the victims ­ the unemployed, the low-wage earners, migrant workers, people on benefits, the old and the infirm. They are to ones who are paying the cost of the banks profligacy.

To answer the question, two filmmakers and a number of researchers have come together to think about London and the crisis, at a point in time when positive change seems further than ever.

This entry was posted in Aside, Chile, Cuba and tagged Argentina, Capitalism, Chile, Film, London, Politics, Recession. Bookmark the permalink.