We convened in Brussels, for a colloquium on transnationalism in Hispanic cinema, on the eve of the latest European summit. The juxtaposition was ironic and not irrelevant. On one side of town, the leaders of European transnationalism grappling with the crisis of the day. On the other, a small gathering of scholars from several European countries and the Americas, north and south, interrogating the transnationalism of Spanish-speaking cinema. Different takes on the same process of globalisation that shapes the modern world twenty years after the end of the Cold War

The very composition of our gathering was another manifestation of this process. We were various different nationalities, some working in universities in foreign countries to our own, and speaking in a language—in this case Spanish—which was not that of the host country, with an audience of masters students in a language department. If this kind of international cast is not unusual in academic life, which has long been used to crossing borders, and if the same event could have been held in pretty well any major European city, we must acknowledge the institutional support, at both national and international level, that makes it possible—even if the bureaucracy involved is appalling. It should not be taken for granted, but understood as a mechanism designed by people like the functionaries on the other side of the town to channel our endeavour where power and authority think it ought to go. Our academic freedom is always conditional, mainly on keeping it to ourselves.

So we’re able to raise topics like the ones we discussed over three days in three locations—the Spanish government’s overseas cultural arm, the Instituto Cervantes, and the language departments at the Universities of Brussels and Leuven, all under the genial stewardship of the convenors, Robin Lefere (ULBruxelles) and Nadia Lie (KU Leuven).

The papers covered several areas, and it’s unusually instructive to list them, because they indicate the very wide net that is cast by the idea of transnationalism.  Marina Díaz López spoke about largely forgotten Spanish co-productions with Latin America back in the 1950s;  Pietse Feenstra about a certain transnational aesthetic in the work of Isabel Coixet; Marvin D’Lugo about another kind of transnational aesthetic in Pedro Almodóvar, exemplified by his use of music—like the flamenco version of the classic Carlos Gardel tango, ‘Volver’. María Soledad Montañez talked about the anonymous appearance of Uruguay both as an exotic location for foreign film production (think Miami Vice) and in Uruguayan cinema itself. Jens Andermann looked at the markers of a new kind of transnational style in recent Argentine cinema. Pablo Piedras focussed on the transnational perspective of a number of first-person documentaries by Argentine filmmakers living abroad, and Patricia Montenegro on a transnationally authored Argentine documentary, Awka Liwen: Rebelde amanecer. Sophie Dufays looked at the presence of children in contemporary coproductions.

Two sessions looked at the role of international film festivals. Sergio Wolf spoke about BAFICI, the independent festival in Buenos Aires which he directed for several years, and Minerva Campos told us about the festivals of San Sebastián and Toulouse; then a round table on festivals with Tamara Falicov, and Janneke Langelaan from the Rotterdam Festival’s Hubert Bals Foundation. There were papers by Deborah Shaw on the recent transnational exposure for a number of women directors, An Van Hecke on the Dutch subtitles for Alejandro González Iñárritu’s Babel, Dona Kercher on the influence of Hitchcock on films by Lucrecia Martel and Almodóvar, and both myself and Verena Bergeron on Latin American road movies.

In short, the papers covered many different aspects of transnationalism, without anyone actually having to offer a definition of it. Perhaps this is a liability of certain words that begin as technical terms, then get taken up as metaphors by other disciplines and migrate to the media to become buzzwords. At any rate, for my part I first encountered the term when I was learning economics, and it applied to companies that operated across borders in certain ways. In this sense its first application to cinema is not metaphorical, but would refer to the major distributors who ensure the worldwide dominance of Hollywood cinema.

But it turns out there are many ways cinema can be seen as transnational, because that’s its very nature: as Adorno remarked about music, of course it’s a universal language, but without being Esperanto.  Cinema, which for the political leaders meeting across town is entirely incidental except when it’s a matter of trade talks, or sometimes when the prizes are handed out, is in fact an exemplar of the kind of transnational culture that is forged by globalisation before either word entered the vocabulary. First, film culture was inter- or transnational from the very start, when Edison and the Lumières sent their agents round the world, with the result that the earliest cinema brought audiences their first images of the rest of the world, whose perception they changed forever.

When the talkies came along, and an international film culture was suddenly divided by linguistic barriers,  cinema quickly became a pioneer in what would only much later be called ‘glocalisation’—a horrible neologism that was originally a jargon term  for the business strategy of adapting products for particular markets. The term was popularised in the 1980s, when Akio Morita, President of Sony, borrowed it to describe a corporate strategy that he summed up as  ‘think global, act local’. But this begins in cinema in the 1930s in the practices of foreign language dubbing and then subtitling.

As for the films we were discussing, many of them are examples of the kind of economic transnationalism called coproduction. Since the USA remains a pretty closed market to Latin American filmmakers, unless they’re prepared to up sticks and make a risky move to Hollywood, these coproductions are generally angled more towards European festivals and sensibilities, where they occupy what the Spanish film critic Manuel Pérez Estremera many years ago called a niche market for ‘humanist realism’ (with a dose of magical realism also allowed). In a few cases, like Motorcycle Diaries by Walter Salles, they can involve so many partners that they even become multinational productions. These are relatively big budget movies. Many others we talked about come from the opposite end of the scale, where small sums are collected from various sources like Spanish television stations, or grants from foundations. These are often highly original films, which only achieve small audiences but belong in the vanguard, pushing boundaries both at home and abroad.

The discourse of ‘glocalism’ is nowadays about the cultural questions that arise from these economic practices in the internet age, which produces ‘a new relationship between the global and the local, in which the global penetrates all loci through its networks, and each locus folds directly into the global’ [The Glocalist Manifesto]. While this still doesn’t give us a definition of transnationalism, it indicates the nature of the force-field within which filmmakers work, where their films are produced locally but folded into and judged in relation to globalised cultural values. But the global and the local are neither symmetrical nor balanced, and cultural differences are real. (In that phrase of Adorno’s, a universal language without being Esperanto.) And there are no simple equations that tell you how to get round the internal barriers of the cultural economy. That, I think, is one of the things we learned at our colloquium. 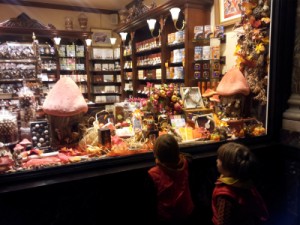