News arrives of the death at age 84 of the American composer Eric Salzman, who appeared in my film ‘The Politics of Music’ (1972). My mind goes back not only to the filming but to the following summer when I paid my first visit to the USA and spent a few days with him at his home on Long Island – not one of those Gatsby mansions but a modest wooden house by the seashore which I think he said had originally belonged to his father. The enchantment of those few days began even before I got to the house, when I got off the train from New York at one of those American stations that isn’t a station but just a rural stop without a platform. I was expecting to find him waiting for me but there was only a solitary car with a strange object sitting on the front passenger seat, with roughly the size and appearance, at first sight, of a human brain. As I stood looking at it, a voice came from behind me. ‘That’s our dinner’. There, holding another one, was Eric. It turned out that John Cage wasn’t the only mycophagist composer on the East Coast, for that is what it was – a beautiful large pink mushroom. And very delicious too.

One day we went on a trip to visit his cousin, who worked at the Brookhaven atomic research laboratory in the middle of Long Island. Our first stop on arriving was a large pond near the entrance full of frogs in season, where Eric drew up the car, turned off the engine, opened the windows, and we sat and listened to the wonderful mesmerising noise of their mass croaking.

There was also an evening with friends when we all got very stoned and played cultural quiz games, and Eric congratulated me on my knowledge of American culture, and I said it was perfectly normal for a Britisher of my generation. Then, putting a disk on the hi-fi, Eric introduced me to an example of Americana I didn’t know: the hilarious psychedelic Goon Show-like art of Firesign Theatre. American culture has changed somewhat since then, and most of it, I’ll admit, I now tend to avoid as much as I can.

Thanks, Eric, for these memories. 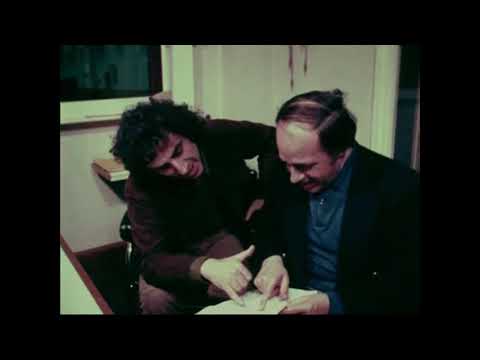 This entry was posted in Music and tagged Music. Bookmark the permalink.