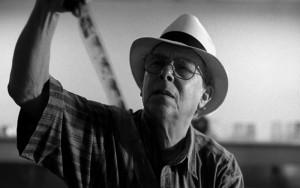 Very sad to hear of the death in Havana of the pioneer of Cuban cinema, Julio García Espinosa, at the age of 89. One of the founding members of Cuba’s film institute, the ICAIC, of which he was President from 1983-91, he was the author of a key manifesto, ‘For an imperfect cinema’ (1969), where he argued that the imperfections of a low budget cinema of urgency, which  sought to create a dialogue with its audience, were preferable to the sheen of high production values which merely reflected the audience back to itself.

Julio studied film at the Centro Sperimentale in Rome in the early 50s along with Tomás Gutiérrez Alea, and in 1956 they made a social documentary, ‘El Megano’. It was promptly seized by the secret police, and Julio was taken away for interrogation. ‘Did you make this film?’ he was asked, ‘Do you know this film is a piece of shit?’ ‘Do you know,’ replied Julio, as he later recounted,  ‘that it’s an example of neorealism?’ and proceeded to explain. His interrogator listened patiently and then said, ‘Not only is the film a piece of shit, but you also talk a lot of shit. Stop eating shit and go and make films about Batista!’ ‘That’, he recalls, ‘was my first intervention as a theorist!’

His films of the 1960s, both documentary and fiction, soon began to show a strong experimental bent, for which he provided a powerful rationale in his writings. A committed revolutionary, he was not afraid of pursuing his ideas in practice as a public administrator, serving as Vice Minister of Culture from 1982-1990. He was also Director of Cuba’s film school, the EICTV, in 2004-2007.

I shall miss Julio’s ironic sense of humour, and the cheerfulness he maintained during his last years, despite suffering from Parkinson’s. I have an abiding memory of a visit he made to London in the 1980s. He wanted to see the London the tourists never see, so we went to the Isle of Dogs, where Canary Wharf was soon to be built. After walking around, we went into a pub which was empty except for an elderly woman watching a film on television – a thriller. Came a car chase and she observed ‘That’s the third time they’ve gone down the same street!’ When I told Julio what she’d said, he responded with a story. He once put a lot of effort into explaining to a woman in Cuba why Hollywood movies were escapist trash, and she replied, ‘What are you getting so het up about? It’s only a movie!’

A longer appreciation must wait another occasion. I offer here, in homage, a snatch of an interview with Julio, filmed in 1982 for ‘New Cinema of Latin America’ which I made for Channel 4. 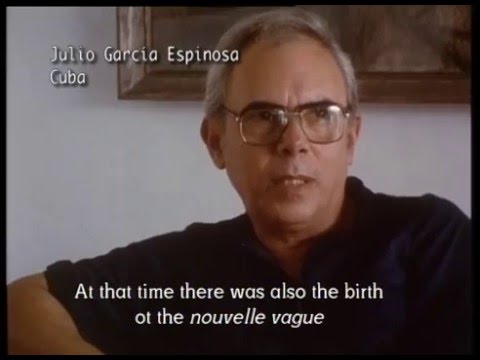