In 2002 the Cuban filmmaker Fernando Pérez made a compelling documentary called Suite Habana which portrayed the melancholic mood of the Cuban capital at the start of the 21st century. Ten years later the mood is rather different, as I discovered on my first visit to Cuba for three years, for a Seminar on Cuban Cinema in the department of history at the University of Havana. Reforms introduced over recent months which allow people to open small businesses, buy and sell their homes (instead of swapping them) and various other measures, have begun to alleviate the sense of hopelessness of the past two decades, at any rate among the students I met, who nevertheless remain critical of a regime they all consider thoroughly paternalistic. Granted these students are hardly representative of the majority of Cuban youth, the odd thing about it is the contrast it presents with the mood of hopelessness among students and youth more generally back in stricken Europe. (Stopping over in Madrid on the way back, it was shocking to see the number of people sleeping on the streets and approaching you for spare change.) But perhaps this only confirms the paradoxical nature of the Cuban project which has somehow enabled it to survive for the last twenty years, since the collapse of its Soviet patron, against all the odds (or more than fifty years if you take the long view).

Rob Stone’s video of Cuban students at our Seminar on Cuban Cinema at the University of Havana earlier this month, talking (in Spanish) about what Cuban cinema means to them.

The difference between the students and the less culturally advantaged youth in the street seems in part to lie in their awareness and attitude to what has been happening in the rest of the world. This is not to say that they understand how close we came to the collapse of the system of finance capital in 2008, nor the consequences (—they readily admit that any knowledge they have of Marxism does not equip them to understand how capitalism actually works—) but at least, as students of history or journalism, they realise that the grass isn’t necessarily greener on the other side. However, as the historian Edelberto Leiva put it to me, because of the general mistrust of the Cuban media, many people are caught in an ironic ideological trap. Since television and the press remain under pretty tight control, the youth are also sceptical of the way that world events are presented. At the same time, the only contact that many Cubans have with the outside world is through their relatives abroad, above all in the USA, who of course present them with an image of material abundance. Obviously the contrast with scarcity in Cuba is very real, but it also leads to some dubious aspirations.

Speaking to old friends, I learn of several indications of the changes afoot in Cuba, which Ambrosio Fornet (veteran literary critic and sometime scriptwriter) told me he thought are irreversible. One of these, which other people also commented on, is the kind of stuff that Cubans abroad are nowadays bringing with them when they come back on visits. Not only consumer goods but now also small tools and items like key-cutting machines with which their relatives can set up their small businesses. Ambrosio reckons that half of these will go bust within six months or a year, but many will prosper, which is also to say that a new class is quickly emerging. Known as cuenta-propistas, or self-employed, this is a slight misnomer since they also have the right to employ others, as in the numerous paladares, or privately-owned restaurants which now provide Havana with some excellent places to eat. It is also a consequence of these policies that prices have begun to rise. The government will certainly have to keep steady control if inflation is not to bear ugly fruit.

Then there’s the question of property prices, where the first problem is how to value a house or apartment when there’s no established market and no such thing as estate agents. But the signs are there: freshly painted houses looking for buyers — and a new website, Revolico, a Cuban Craig’s List. Who will the buyers be and where does the money come from? In part, again, diaspora Cubans in Miami and elsewhere who can fund their relatives back home. But as Ambrosio explained to me, some 20% of Havana citizens earn above the average — that means 400,000 people: a sizeable market. Another odd indicator: it seems the price of second-hand cars is often greater than in the USA. Since people don’t spend their last pennies on a second-hand car, this suggests (said Ambrosio) that there are already some fairly rich people in Havana.

The seminar was held under the auspices of the British Academy, and organised by Guy Baron from Aberystwyth, and Antonio Pitaluga in Havana. Also attending from Britain was Rob Stone and from the USA, Ann Marie Stock. The theme was Cuban cinema of the past twenty years. This too is a paradoxical subject, because after the lost decade of the 90s, we learned that it’s now thriving, enlivened not by the old film institute, ICAIC, but by a highly active independent sector. The ICAIC came in for criticism, but there was also due consideration of its difficulties. This begins with the loss of numerous cinemas, shut down in the economic contraction of 90s, and an audience which turned instead, like everywhere else, to home viewing on video and now DVD, which even in Cuba has become ever easier, with new films, foreign and domestic, always rapidly available in pirate editions on the streets before they get to the few decent cinemas left. Another factor, a consequence of the loss of centralised state funding, has been the turn to international coproduction, with the inevitable concessions to the coproducers, who are generally more interested in genre movie clichés of Cuban exoticism than the portrayal of Cuban realities. Few directors can resist these pressures and remain true to themselves. One of them is Fernando Pérez, the subject of my own contribution to the seminar, who joined us for the last session to answer questions about his views on Cuban cinema today.

The independent sector — we met some of the young filmmakers on our first day — turns out all sorts of video shorts, including pieces for television which make up their bread-and-butter, often funded by cultural organisations rather than television itself. This wealth of activity runs completely counter to the portrayal of Cuba in the outside world, except perhaps in the art world, where examples of Cuban video art have circulated abroad for several years now (although not in the exhibition Beyond the Frame  that just opened in London at Gallery 27, which is nonetheless worth a view).  But nowadays young film-makers are setting up as cuenta-propistas, like a graduate of Cuba’s international film school, EICTV, who was in a workshop I gave there a few years back. When I chanced to meet him in the lobby of the film institute, he told me he’d set up as a soundman working from home. I asked if the ICAIC were helping him in getting things made. ‘More the other way round’, he replied, ‘I’m helping them!’

There are two places to look on YouTube. The journalism students at the University have set up a channel called Fcomful, Canal del Cuartico, which includes some impressive work, and then there’s Barrio Cuba, where there’s a variety of community videos, including examples of Cuban rap which provide a rather different version of everyday life at street level. (There was talk at the seminar too of community video, an ambiguous term but including items of a more ethnographic nature.) Since Cuba’s internet connections are painfully slow, how these YouTube channels exist is a small mystery, and the standard method by which digital content circulates in Cuba is by flash drive. The new underwater cable link with Venezuela which is supposed to improve connectivity is not yet in operation.

Another more startling example of independent production is Fernando Pérez’s next film, which is currently in pre-production. This is being independently financed, and he and other members of his team of similar age, have taken retirement from the ICAIC to work as what we used to call freelancers. These developments require flexibility from the film institute, who indeed have been supporting independent filmmakers in kind for several years. One of the beneficiaries has been Eduardo del Llano, who first came to cinematic notice as one of the scriptwriters of the polemical absurdist comedy, Alicia en el pueblo de Maravillas (Alice in Wondertown, Daniel Díaz Torres) back in 1991. He has subsequently made a whole series of satirical shorts, working independently but with help in kind from members of the ICAIC. Finally comes a medium-length fiction produced by the institute, which despite its light touch, has puzzled many Cuban critics and film-goers.

Entitled Vinci, it presents us with the 23 year old Leonardo being thrown into jail on suspicion of an offence which is never spelled out but might have been sodomy. In del Llano’s version of a real incident in the artist’s biography, Leonardo finds himself in the company of an assassin and a thief, whom he keeps at bay by drawing their portraits with charcoal on the walls of the cell, which leads to discussion amongst them of the value or otherwise of art, science, and freedom. Allow for a little black humour, and this can obviously be read as a loose allegory of contemporary Cuba — hardly something that conformist critics are ready to admit. Beautifully scripted, acted and fluidly photographed by Raúl Pérez Ureta (Cuba’s finest cinematographer, who also shoots for Fernando Pérez), the film was passed over for last December’s International Film Festival because, apparently, the Festival didn’t think this recreation of Renaissance Florence was a Latin American theme. An ironic judgement particularly in light of Antonio’s argument at the Seminar that what Cuban cinema needed was universal subjects. 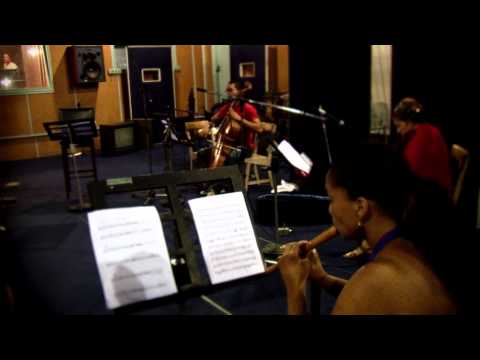 Finally, on a personal note, it was lovely to see old friends like Mirtha Ibarra and Juan Antonio García Borrero (Spanish speakers: see his terrific blog on Cuban cinema, La pupila insomne), and I spent a happy afternoon in the company of Julio García Espinosa and Lola Calviño, who have been best of friends since I first went to Cuba 33 years ago. Julio is old and very frail, but alert and very well-looked after. Lola, who continues to work at the Cinemateca, told me that his greatest pleasure now is listening to music.