What I’d like to see is Article 50 being revoked, but I don’t expect that to happen yet, if at all. So we need something to happen this week to persuade the EU to grant a long extension. (That of course should include elections to the European Parliament in May, which is only correct.) Reports suggest that even at this late stage the EU would ideally like to avoid a no-deal Brexit, so the question is what would persuade them to grant a further extension, to which the general answer is surely any significant change of position or circumstances.

One thing could be a majority on Monday in the Commons for one alternative or another, preferably together with a second referendum, because of course there should be a people’s vote, anything else would be less than democratic. 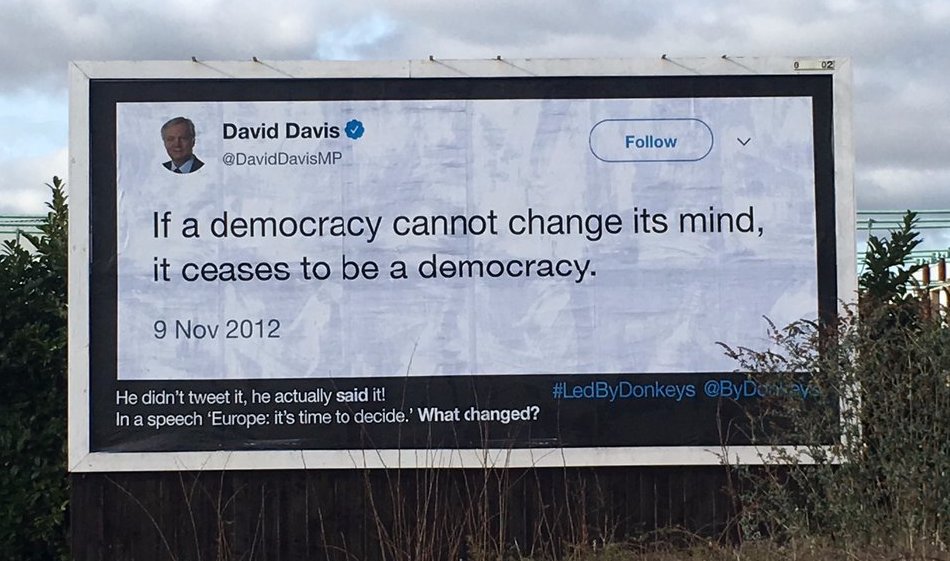 It’s clearly contradictory for MPs to be asked to vote again and again in the vain hope of enough of them changing their minds, and not giving the same opportunity to the electorate. But this route would require May being able and prepared to devise a plan to present to the emergency European summit announced for 10th April, and her obstinacy makes this seem unlikely. Besides, who would trust her? The truth is she should resign, accept her failure and in the archaic cliché, fall on her sword, although this would hardly solve anything and is procedurally problematic. Would she stay as a caretaker, or would someone else step in? And then what? It takes several weeks for the Tories to elect a new leader.

The correct and best step to take is a general election, with all the risks that entails, but we’re faced with the extraordinary spectacle of the breakdown of governance. One of things that contributes to this miserable state of affairs is the Fixed-term Parliaments Act introduced by Cameron in 2011. I’m surprised it doesn’t figure as one of the things that the Coalition messed up, which was primarily intended to shore up the Coalition itself. A half measure at best when what’s needed is radical constitutional reform. In the event of a general election the EU would surely grant an extension – a long one, to be sure – but would Mrs May dare to call one? And how would it work? It seems unlikely that her party would give her the two-thirds majority she would need to call an interim election under the Fixed-term Parliaments Act if this would mean allowing her to lead them into another election. Might Corbyn call another no-confidence motion and would he win it if he did? If he did, the Act gives 14 days for an alternative government to be formed before the election is called. We can probably assume the EU would in this case enforce a long extension, possibly very long, but then it would also mean that in order for Corbyn to enter No.10, he has to come clean on how Labour would deal with Brexit.

Since everyone’s being going round in circles for yonks, I return to my starting point. The single best result on Monday would be a majority for revoking Article 50 in advance of an impending no-deal Brexit.