By chance I was in Paris for the weekend. No demos are allowed in Paris because of the State of Emergency following the November 13 terrorist attacks, so at midday protestors organised a human chain along Boulevard Voltaire. One of the organisers, a friend of mine, told me that the police agreed to this as long as roads were not blocked, and the memorial site at the Bataclan theatre was excluded. None of this was reported in the big media, which focussed instead on the shoes at the Place de la Republique and a violent clash which took place there later in the afternoon. The shoes made a powerful symbolic statement, but so did the human chain which the media ignored. 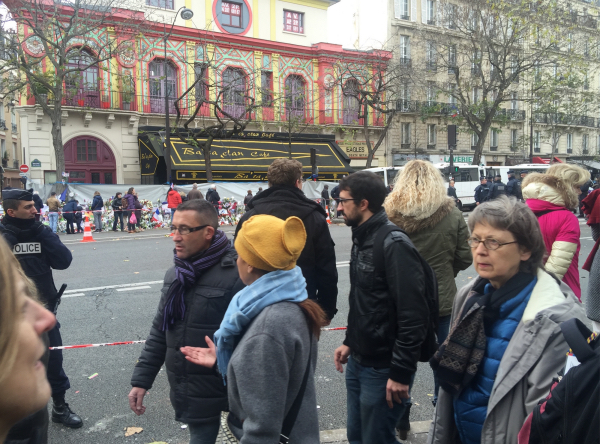 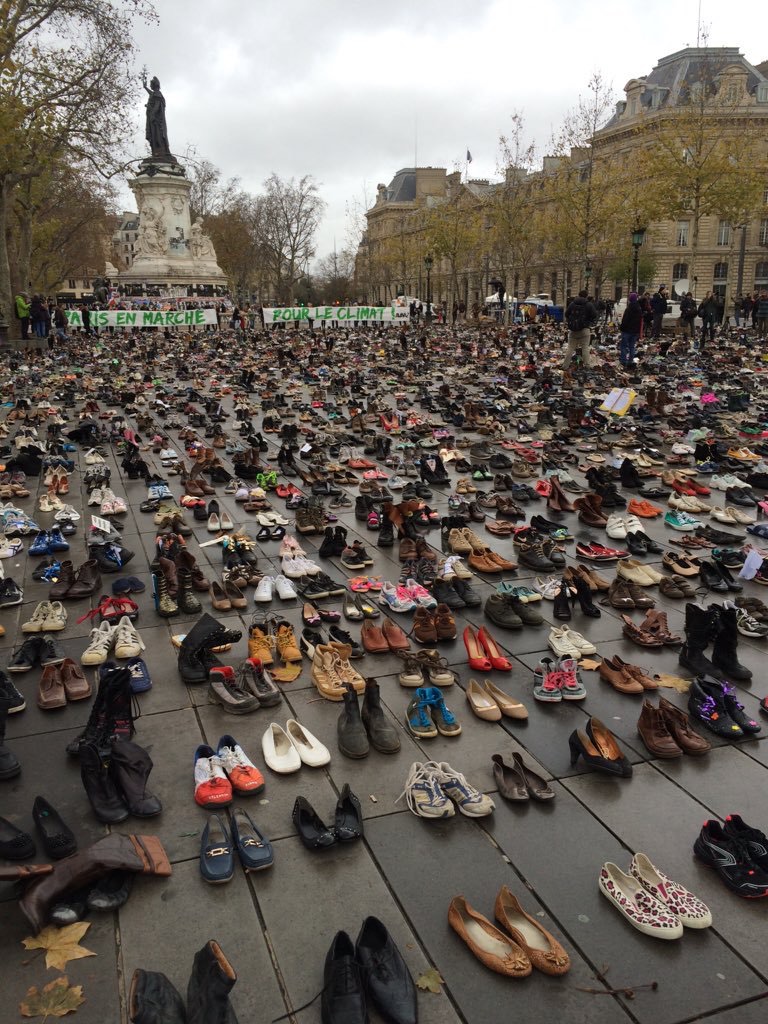