Saddened by the news this morning of the death of the great Cuban cinematographer Raúl Pérez Ureta. Raulito, as we knew him, was the cameraman on Havana Report, the film I made in 1985 with Holly Aylett on the Havana Film Festival for Channel 4. The film was the result of an invitation from Julio García Espinosa, then President of the Cuban film institute, the ICAIC, which ran the festival, and it gave us the chance to work with a Cuban film crew instead of bringing a crew from home, as I’d previously done. From the very first shot, Raúl inspired confidence, taking on board immediately the challenge of working with a pair of directors who themselves were working together for the first time amid the hurly-burly of the festival. I cannot remember it without thinking of a line from a Paul Simon song, ‘it’s four in the morning and the plans have changed’, because we never ended the evening knowing quite what we were going to film the next day. Raúl took it all completely in his stride, of course, having spent almost twenty years as a newsreel cameraman. His renown as a cinematographer would come later when, the year after Havana Report, he turned to fiction, where he began develop a distinctive visual style exemplified in Papeles secundarios (Orlando Rojas, 1989), which became the hallmark of a number of films he then made with Fernando Pérez.  An exquisite sense of composition which never falls into aestheticism, always respects the mise-en-scène, and perhaps above all, his masterly control over the notorious difficulties of photographing in the Cuban light, all of which come together above all in Pérez’s extraordinary documentary, Suite Habana (2003).

In this photo of the crew of Havana Report, Raúl is on the extreme left. In the centre, with Holly and me on either side, is Fernando Birri. The photo was taken by Chuck Kleinhans, who had tagged along with us, immediately after we wrapped the shoot after a final interview with Fernando. Raúl now joins Chuck and Fernando in the photo-album of my memory, where they all still live and breathe. 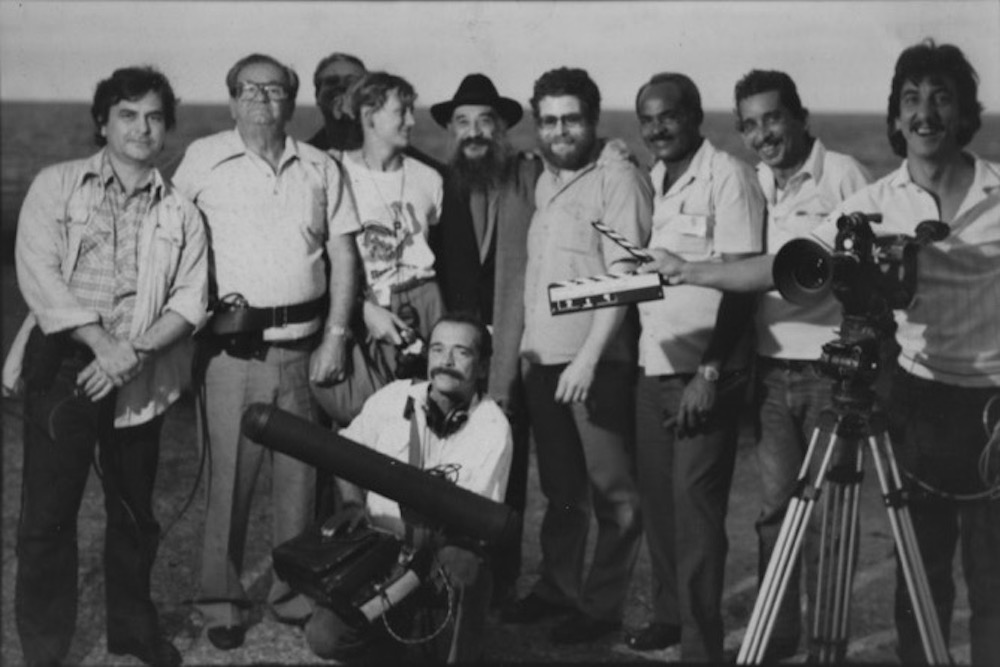 This entry was posted in Cuba, Film matters, Notice and tagged Cuba, Film. Bookmark the permalink.