Reports that Labour has lost its ‘soul’ may not be exaggerated. Whoever they pick as their new leader is probably beside the point, because judging from the opening salvos, they just don’t get it. In fact they never did. Five years ago, Labour took so long to replace Gordon Brown that the Tory/neoliberal media apparatus was easily able to induce a series of instant false memories that utterly distorted the truth about the 2008 crash. Pinning the blame on Labour’s economic mismanagement, they told lies about the deficit that disguised the real cause-and-effect of the financial bubble that burst when Lehman Brothers went bust (and Brown ‘saved the world‘ by bailing out the banks). Then, as if wishing to confirm Naomi Klein’s thesis of the Shock Doctrine, they imposed austerity. Which patently doesn’t work. 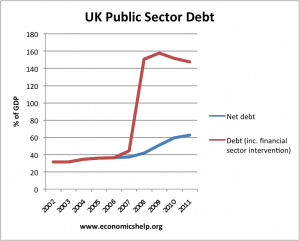 It has been one of Ed Miliband’s and Labour’s greatest failures to let themselves get locked into this false memory syndrome. As a blogger wrote on OpenDemocracy—an ‘expat’ following the election campaign from Greece:

‘All “policy issues” are reduced to the question of how they will be “credibly costed” to ensure the elimination of the deficit, and finally nullified by the answer that such macro-economic forecasting is largely meaningless, as demonstrated by the last government’s spectacular failure to meet its own debt and deficit targets.’

Which is also to say that Seumas Milne, writing a week before the election, was correct to say that

‘It’s only possible to present the coalition parties’ failure and incompetence as their strongest card because of a relentless media campaign, the City and corporate interests that stand behind it and Labour’s partial acquiescence in the face of the austerity juggernaut.’

The result may be that Labour is now on its way to Pasokification—the process which has reduced Greece’s social democratic party Pasok from 160 MPs three years ago to 13 now. This is not to say that Labour faces the kind of near-extinction of the Liberals, although this is what has now happened so spectacularly in Scotland. The problem is that Greece isn’t the UK, and here we have neither a Syriza nor Spain’s Podemos, although Occupy had a strong presence which is now likely to build again. For this to become a new mass popular force, however, depends on overcoming the phlegmatic English political temperament, unless things get so bad that anger boils over.

If Labour is not to lose out, it would also need to learn from the smaller parties to both its right and its left. The Liberals’ wipeout, the reward for their utter duplicity. The growing support for the Greens, because they dare to challenge the ruling ideology of growth. Above all, the SNP’s success in appealing to a mass popular vote because Nicola Sturgeon has come on as the country’s strongest anti-austerity politician (along with Caroline Lucas). As for UKIP, Labour must turn its backs on their odious racist cavorting with immigration and bulldog Britain, and at the same time fight to have the country stay in Europe.

There are signs the SNP will make a lot of noise in Westminster. Writing in Jacobin, Richard Seymour suggests that ‘with England cleaving broadly to the right and Scotland shifting left, it’s hard to see how the current constitutional arrangements are sustainable. Scotland will simply not assent to being governed by the Tories’. I certainly hope so. Because Parliament sorely needs strong voices to the left of Labour’s sorry centrism. 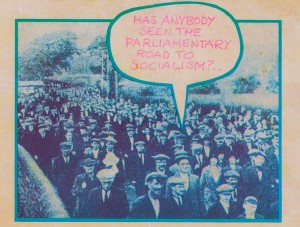 One of the most serious mistakes of the Ed Miliband campaign was to cold-shoulder the SNP when what Labour should be doing is courting alliance with new ‘progressive’ political forces—and without trying to hegemonise them. But can anyone see this happening? Tony Benn called the Labour Party a broad church, and this was once  true, but no longer. And now there’s a constitutional crisis on its way, which ought to address several things at once: the absurd electoral system, abolition of the House of Lords and its replacement with a properly representative upper house with no more grace-and-favour occupancy, some kind of federalisation of the United Kingdom. But Labour is just as afraid as the Tories of proportional representation and has a record of bungling constitutional reform, which can’t be done, and will not command legitimacy, without a suitable popular constitutional convention. Is Labour, as the official opposition, up to the task of ensuring that this critical job is carried out in properly democratic fashion, and not be compromised by a gang of toffs?

This entry was posted in Politics and tagged Capitalism, Election2015, Politics. Bookmark the permalink.