Interrupted Memory is the title of the film I’ve been shooting over the last three months in Argentina and Chile, a documentary about memory and politics which follows the course of people in the act of remembering in front of the camera. Asked about their earliest political memories, people recollect incidents and recount experiences from childhood and youth often figuring popular militancy and rebellion, military coups and the state violence and repression which followed. In Argentina, an old trade unionist remembers a factory occupation; a woman speaks about being kidnapped by state intelligence at the age of seventeen; another of spending seven years as a political prisoner; a father and son tell the story of the other son who disappeared. In Chile, a woman remembers her Communist father being released from concentration camp in 1949, people remember the military coup of 1973 at different ages, and younger ones remember discovering they were living in a dictatorship. The oldest contributor is over eighty, the youngest are students occupying a high school in Santiago. 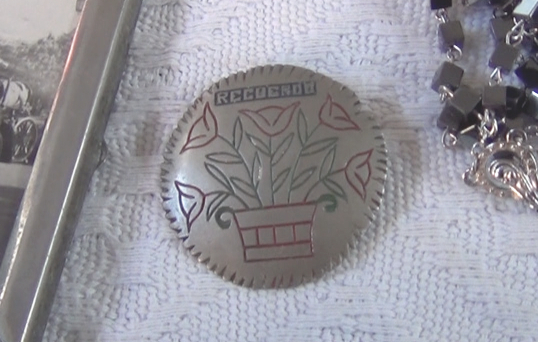 A psychologist in Chile and a psychoanalyst in Buenos Aires speak of psychoanalysis under dictatorship. The remembered experiences shape a collective narration of history in the two countries from a range of different angles, whose traces are also found in the archives that play off against the spoken word. In short, the film constructs a possible version of lived political experience, of collective living memory, which emulates the condition Gilles Deleuze found in films by Jean Rouch and Pierre Perrault, where the stories people tell, he said, are never fictional. It concludes with reflections on the politics of memory, and the lacunae of today’s official discourses of human rights in the two countries, either because trauma, both social and individual, always leave traces that remain ineffable, beyond expression—or because some things are put aside as politically inconvenient or incorrect.

Interrupted Memory is currently in post-production. Filmed in Argentina and Chile, May-July 2013, it will run about 120mns. Made with support from IRSES/TRANSIT, British Academy, Santander Fund at the University of Roehampton.