Here’s a piece I’ve written on the Israeli documentarist for Sight & Sound:

Variety calls him a “gadfly documaker” and Cineaste quotes his own self-evaluation: “If some [filmmakers] see themselves as a fly on the wall, I see myself as a fly in the soup”. In short, he is a performative documentarist, like Nick Broomfield, Michael Moore or Nanni Moretti, who acts himself up on screen: a playful and self-deprecating video diarist with attitude — and split-screen personality disorder. Part of this attitude is a rejection of Zionist orthodoxies and solidarity with the Palestinians; part is a deep distrust of the orthodox idea of objectivity. Reality isn’t punctual. As Mograbi puts it, it is never there in itself and it’s always already being interpreted for us all the time. Besides, there is no such thing as a transparent camera; no way, for example, you can introduce a camera at a checkpoint without the soldiers noticing. The camera has a certain power: ”You can almost blackmail everyone into behaving better.” Whatever the situation, people respond to the camera, whether explicitly or not.But the intervention of the camera also has a tendency to backfire on you. 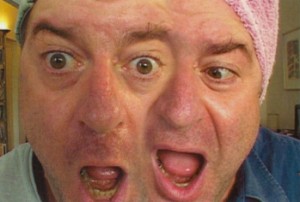